Will Smith’s Emancipation will have its big Westwood premiere on November 30th, according to Apple.

Smith will walk the red carpet for the first time — his carefully choreographed image rehab officially complete — after the Oscars slap incident and subsequently receiving a 10 year ban from the awards show.

Smith will have a London premiere, then Emancipation will be released in cinemas for a week on December 2, followed by Apple TV+ release on December 9. Depending on reviews, an awards campaign is expected for the actor.

After the incident with Chris Rock, to enhance the Smith’s presence in Hollywood. Team Smith has been making efforts to promote the new movie as they invited famous people including Tyler Perry, Kenya Barris, and Dave Chappelle for a screening of Emancipation. Smith, on the other hand, was able to turn this meeting into an important group photo on his own Instagram.

The L.A. Lakers then tweeted a “huge thank you” to Smith, who reportedly spoke with owner Jeanie Buss and the struggling team about strength and appreciation.  Another major third-party endorsement, this time through social media, with no mention of the slap.

Many have moved on from the slap yet there are still consequences in Hollywood.

Joanne Wells is a media journalist for ScreenNearYou. She reports on the inside conversations in Hollywood. Also, she loves pizza! Big Releases for February 2023 on Netflix 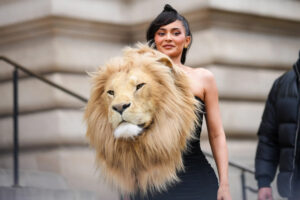